I can’t believe how quickly these past four weeks have gone. A whole month has passed since we welcomed our second son Jasper James into the world.

One minute I was 40 weeks pregnant praying my baby would come soon, the next we’re rushing to hospital and almost giving birth in the hallway while the birth suite was being cleaned. To now, holding a one month old beautiful boy. 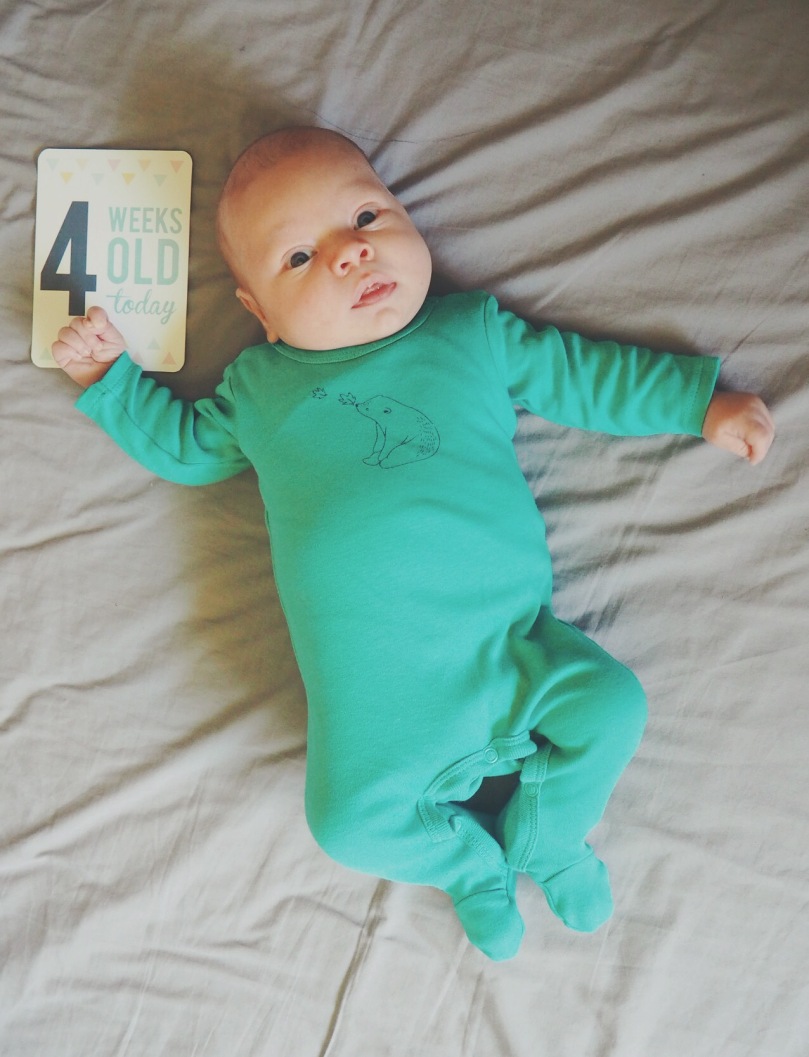 And a big boy at that! At nearly 4kg born he is now 5kg and pushing into 000 clothes. His brother was still in 00000 at 4 weeks old. Not only are they different in size, but in looks and temperament too. It’s so fascinating.

So for a whole month we have been parents to two under two (Jesse’s second birthday is in two weeks time). We feel so incredibly blessed by our two boys but shit, this gig is gonna be tough!
Already I’ve been wracked with guilt. Am I giving each of them the attention they need? And already I’ve cracked a few times under the pressure of sleepless nights.

For the first week I think I was still running on adrenaline and new mama hormones. But a month on there have already been a few rough nights between the toddler having night terrors and the baby being awake for hours at a time because he has a blocked nose.

As challenging as it is, it is also pretty great. The boys already have a beautiful relationship forming.

﻿
So, welcome to our family Mr Jasper and happy one month birthday.

One thought on “Four Weeks as a Family of Four﻿”