Last night a prime example of this.

Jesse had a big and a long day yesterday. He spent time at Nanny and Poppy’s place (Renee’s parents). Then he came with us to Grandma and Grandpa’s house (my parent’s). All with minimal napping in between.

And by the time we got home he was overtired. And when I say overtired, I really do mean overtired. It was somewhere around 8 pm and he should have been asleep and in bet at least an hour and a half ago.

He was at that point where he was awake, but we just couldn’t figure out what he wanted or how to get him to sleep.

And this is where my feelings of helplessness started to kick in.

Renee would be holding him and hugging him and trying to get him to sleep, and despite the fact that he was fighting it, he seemed happy to be with her. He wasn’t unsettled. He wasn’t crying. And he wasn’t looking around in desperation for someone else to take him.

As soon as Renee would pass Jesse to me however, he would become instantly unsettled. He would start balling his eyes out. And he would look around and be reaching out in desperation for Mummy.

Renee would take Jesse back and he’d stop.

She would hand him back to me, and straight away he’d start up with the crying again.

It’s not the first time this has happened. And I know it may very well not be the last. But when it does happen… it breaks my heart a little every time.

The fact that it’s like Jesse just can’t even stand the thought of being with me in that moment. That he fights so hard to get away from me and back to Renee. That he just wan’t nothing to do with me, pushing away from me as hard as he can with his little arms and legs.

It is really upsetting… And last night, I think I let it get to me a little too much.

I just couldn’t handle any more rejection, so after one last ditch effort to get him to settle, I put him down on his play mat, crying and all, and went to bed (Renee wasn’t far away, so she did grab him not 30 seconds after I put him down).

I was done. Done for the night. Done on a night where I felt like he hated me and loved Renee (despite the fact that I know that’s not the case).

I know that the way I reacted probably wasn’t ideal. Mainly, because I know that sometimes babies just need their mums.

But I really wish in those moments, that I could somehow do more. That somehow, I could get him to settle… get him to sleep… and not feel totally lost and helpless as a Dad.

I know that I’m probably not the first Dad to have this problem, and it would be interesting to hear from other dads as to what they did to try and solve it, if there was indeed a solution.

But, what I need to do in those moments, is realise that he doesn’t hate me. That I’m not inadequate as a Dad.

But rather in that moment… he just wants his mummy.

Nothing more, nothing less… 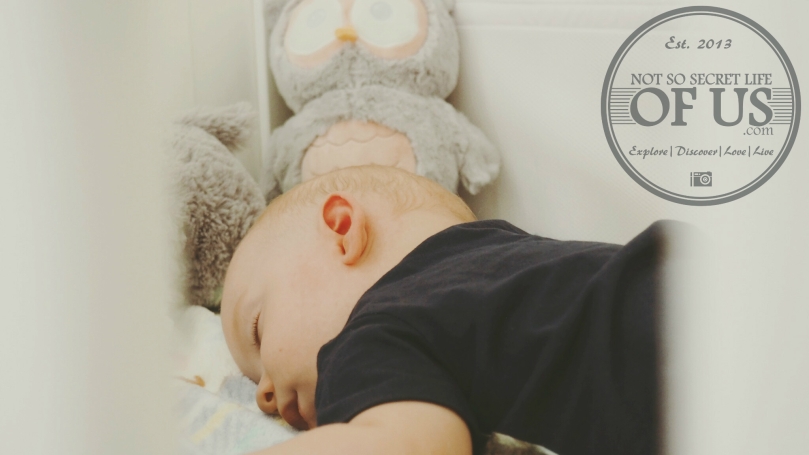