I read a story recently that has continued to impact on me and challenge me since reading it.

The story was of one mum’s promise to go to her baby when he cried for her no matter how tired or touched out she was, as the result of learning a heartbreaking reality for babies in an African orphanage.

She recounted the experience of a friend who had visited an orphanage and had been struck by how quiet one of the rooms was despite having over 100 babies in it. When they asked how so many babies could be so quiet the response was that they’ve realised no one is coming for them when they cry so they just don’t any more.

Straight away I related to this woman’s promise to her baby to go to him. That’s the kind of mum I want to be I thought to myself. I felt so sad at the thought of a little baby crying for their mother that would never come to them.

That night as I heard Jesse stir through the monitor for the fourth time since putting him down I threw back the covers and whispered into the darkness “damn it, Jesse”.

As I stepped into the hallway hearing his cry getting more desperate, I felt a pang of guilt and the story came flooding back to me.

No. He doesn’t know I’m in the other room praying for more than a couple of hours of sleep in a row. All he knows is its dark, he’s alone and he wants me to comfort him.

The same battle plays out through the day as he constantly climbs up my leg begging to be cuddled only to want to be put down again moments later. And then up again. And then down again.

My patience wears thin. But what about that promise to go to him no matter what? What about those silent babies who’ve given up on waiting for someone to come to them.

Goodness me. Being a parent really is a mind f*** isn’t it!

I was going to finish the post there feeling there wasn’t much else left to say when something beautiful happened.

I scooped up a begging Jesse into my arms for the hundredth time and read back this post aloud the way I always do before publishing it. And almost as if he knew what I needed, Jesse reached out, turned my face towards his and pressed his open mouth against mine. I was expecting an enthusiastic poke in the eye or finger shoved in my mouth but this was so much better. So gentle, so loving.

And just like that my love tank is full again. 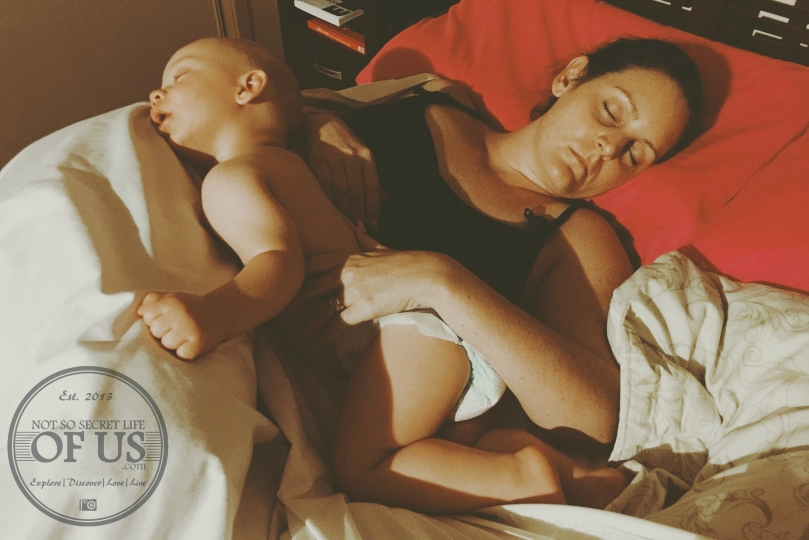