Here’s a question. Why do they make toddler shoes so f%#*ing hard to put on?!!

Allow me to set the scene for you.

It’s a rainy Sunday afternoon and we have a 1st birthday party to go to. We are already running late. Jesse is grumpy because he woke up too soon from what is usually a two hour nap. Kaine is just now deciding to make his lunch when it’s time to go. And I’m feeling just generally pissed off. I hate every item of clothing in my wardrobe and my hair looks like shit due to crappy, rainy weather.

And then it was time to put Jesse’s shoes on. Now that he’s walking we need to put shoes on him more often and I thought, given the weather, his cute little work boots that he hasnt worn yet would be perfect.

I checked the size against his foot and am satisfied that they will be a perfect fit for him now as previously they have been too big.

I sat him on my lap and began squishing his foot into the first boot. After a bit of a struggle, pushing, pulling and wriggling I finally managed to get it on. I exhaled with relief and exhaustion. But it was short lived as I picked up the next one, took a deep breath and prepared to do it all again for the other foot.

After a few minutes of more pushing and pulling I was still no closer to getting the bastard shoe on. I expressed my frustration with a few expletives and Kaine came to my rescue.

Well, he has even less patience than I do and soon things are getting very heated. I wouldn’t have wanted to be that shoe that is for sure. Beads of sweat are gathering on his brow as he forcefully tries to squeeze Jesse’s foot into the boot.

And then Kaine slams said shoe onto the bench, rips off the other one and throws them both down the hallway and into Jesse’s room. 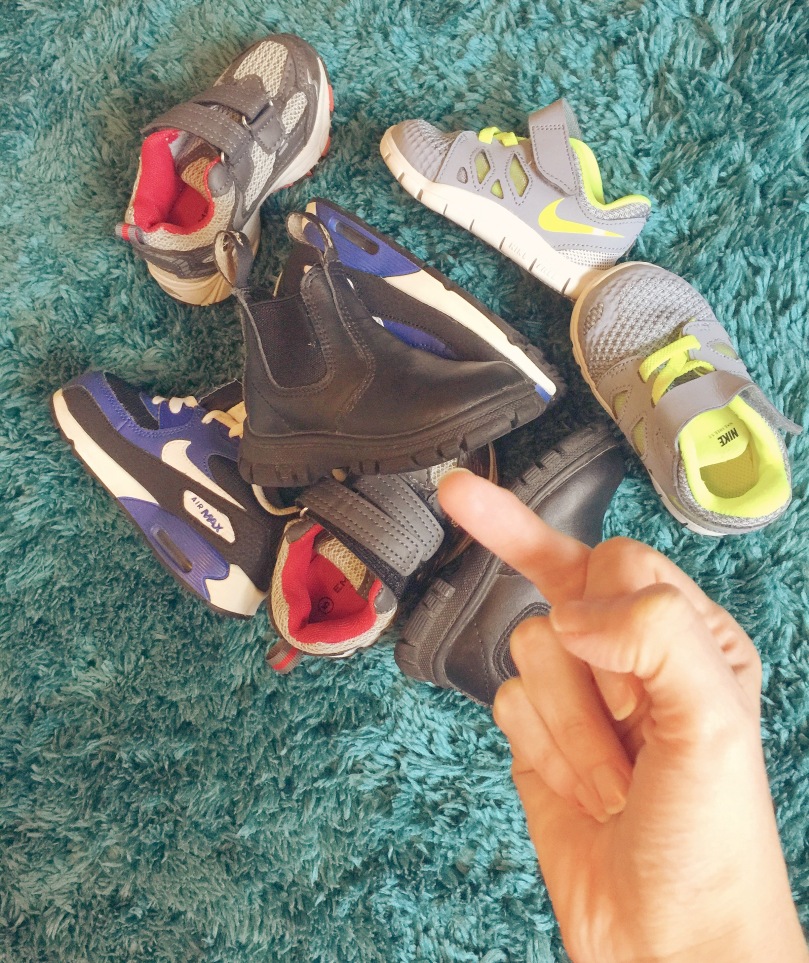 Meanwhile, this whole time Jesse has been relatively accommodating and wondering what all the fuss is about.

We throw some slip on shoes into his bag and pile into the car, both still fuming.

It would have been absolutely hilarious to witness all of this going on. So any flies on our walls, we hope you enjoyed the show.

But here’s a neat idea for a business. Design some kids shoes that you can actually get on the kids feet!