Our house is in turmoil! Okay, so maybe it’s not quite that bad, but it is. Our house is in TURMOIL!!! Throughout this week, our happy go lucky (for the most part) boy has been not so happy or lucky. He’s been quite the opposite. Clingy… Sad… Cranky… Sleepy… 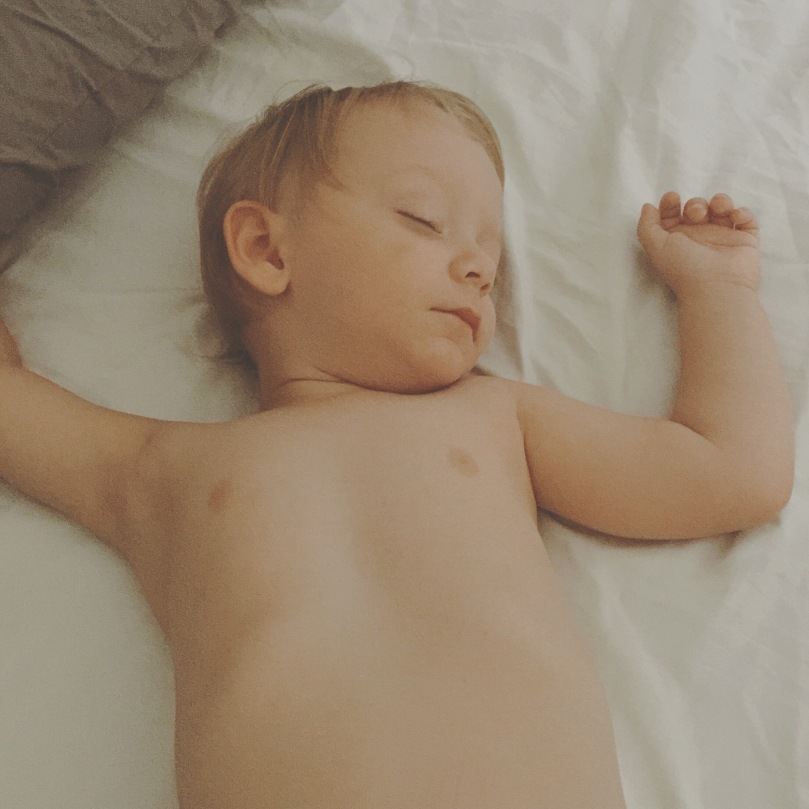 Jesse is unfortunately, not a happy bubba… Jesse is sick. And I’m not just talking teething symptoms or head cold sick… I’m talking a projectile vomiting, diarrhoea inducing, inconsolable crying and just plain miserable kind of sick. The kind of sick that you wish you could just heal them from instantly, even if it meant taking on the symptoms yourself.

While our little fella Jesse has been out of sorts for a little while, it has been the last few days that his symptoms increased in severity. What started out with what appeared to be just teething symptoms, turned into a scene straight from the movie ‘The Exorcist’!

It all started when we brought him into our bed on Wednesday night so we could lay with him while he fell asleep. It’s what we do every night. We love that time laying with him, listening to each breath and hearing that transition from being awake to that slow heavy breathing when he finally fell asleep. But not that night. There was a different plan for us that night.

Instead of hearing his breathing slow down while he fell into slumber, we were instead met with the sound of him heaving followed by projectile vomiting all over me and all through our bed. I had no idea this much liquid could come out of such a small human being! It was everywhere… all over me… through the sheets… over our pillows… and it was 9pm so the last thing we wanted to deal with was a vomit soaked bed. It was lucky that we had just recently invested in a mattress protector.

I tell you what… you have never seen two people jump out of bed quicker than when your toddler decides it’s the perfect place to unload a gallon of vomit.

Despite the start to the night, we survived the rest of it until the next morning when the diarrhoea, and more vomiting came. The diarrhoea wasn’t so bad to deal with… his nappies were holding up sufficiently. However, is delicate little bottom was another story. His poor bottom looks like it’s been smeared with a Ghost Pepper it’s that red. And every time he passed wind, it would inevitably end up with follow through which would end in crying and screaming because of how red and raw his delicate little bottom was.

And then on top of that, we again had to deal with projectile vomit. Luckily, he chose the tiled floor as his canvas this time, so the damage was minimised. Until later that night, when he decided Renee was the perfect target this time… with more vomit… and more crying.

Fortunately, there isn’t anything majorly wrong… it doesn’t seem to be a virus… he isn’t dehydrated… the only think we can really put it down too was we changed his formula. Since changing him back to his regular formula, the vomiting has seemed to stop and the diarrhoea seems to be less frequent.

But he is still in a sort of zombie-like state where he just seems really lethargic and run down.

Luckily, we have endless episodes of Pingu and Twirly Woos to keep him content while he battles through it. Isn’t streaming just the best invention ever! I mean who doesn’t want to just lie around binge watching tellie when they’re sick?!

And on that note, isn’t being sick just the worst… but watching your little one be sick and not being able to do much to help… that is heartbreaking!!!